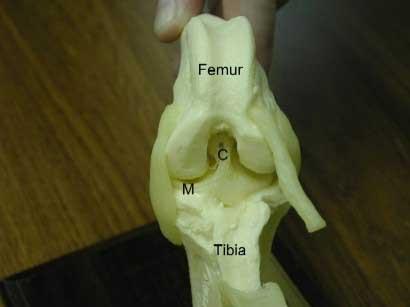 What are the signs of cranial cruciate ligament rupture?

The signs of CCL rupture can be quite variable as rupture may be sudden and complete, or gradual and partial. The key signs are hind limb lameness and stiffness. The latter is generally most evident after rest following exercise. Difficulty rising and jumping are common features in dogs with both knees affected. Occasionally ‘clicking’ noises may be heard.

Examination may reveal muscle wastage (atrophy), especially over the front of the thigh (the quadriceps muscles). Thickening of the stifle is often palpable. Manipulation of the joint may enable the detection of instability. Flexion and extension of the joint may cause pain. In some cases palpation under sedation or light anaesthesia may be necessary to enable the detection of more subtle instability of the knee as occurs with partial rupture of the CCL.

Radiographs provide additional information, especially regarding the presence and severity of osteoarthritis. Specific views may be necessary to assess the angle of the top of the shin bone (the tibial plateau) prior to possible surgery.

In selected cases it may be necessary to take a sample of fluid (synovial fluid) from the knee and send it to a laboratory for analysis. This enables the detection of any inflammatory changes such as occur with infection and rheumatoid arthritis.

How can cranial cruciate ligament rupture be treated?

The conventional treatment for CCL rupture in dogs has been to replace the ligament with either a graft or an artificial ligament. Graft replacement is commonly performed in people following anterior cruciate ligament rupture where, as previously mentioned, the cause of the rupture is generally injury. In dogs an artificial ligament is more commonly used, and that is the technique we perform here. The long-term stability provided by artificial ligaments in large dogs with degenerative rupture of their ligaments is questionable. As a result we recommend that the use of this replacement technique is limited to smaller, lighter dogs and in other, specific, circumstances.

In large dogs, the speed of recovery and the reliability of the soft tissue repairs is more of a concern due to the larger forces operating in the joint and also on occasions due to anatomical irregularities. In recent years several procedures have evolved, all of which alter the angle of the top of the tibia in relation to the pull of the thigh muscles through the patellar tendon.

MMP stands for Modified Maquet Procedure. In this procedure, a cut is made in the front of the tibia to allow the patella tendon to move forward and a honeycomb wedge of titanium is secured behind the cut. This a very secure repair and alters the angle of the joint so that the damaged ligament is no longer important. It is especially suited to athletic dogs that like to run a lot. 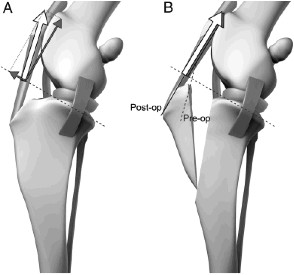 This picture demonstrates the issues with angle in the dog’s knee that can predispose to cruciate disease. Image B shows how the cut can correct this problem. 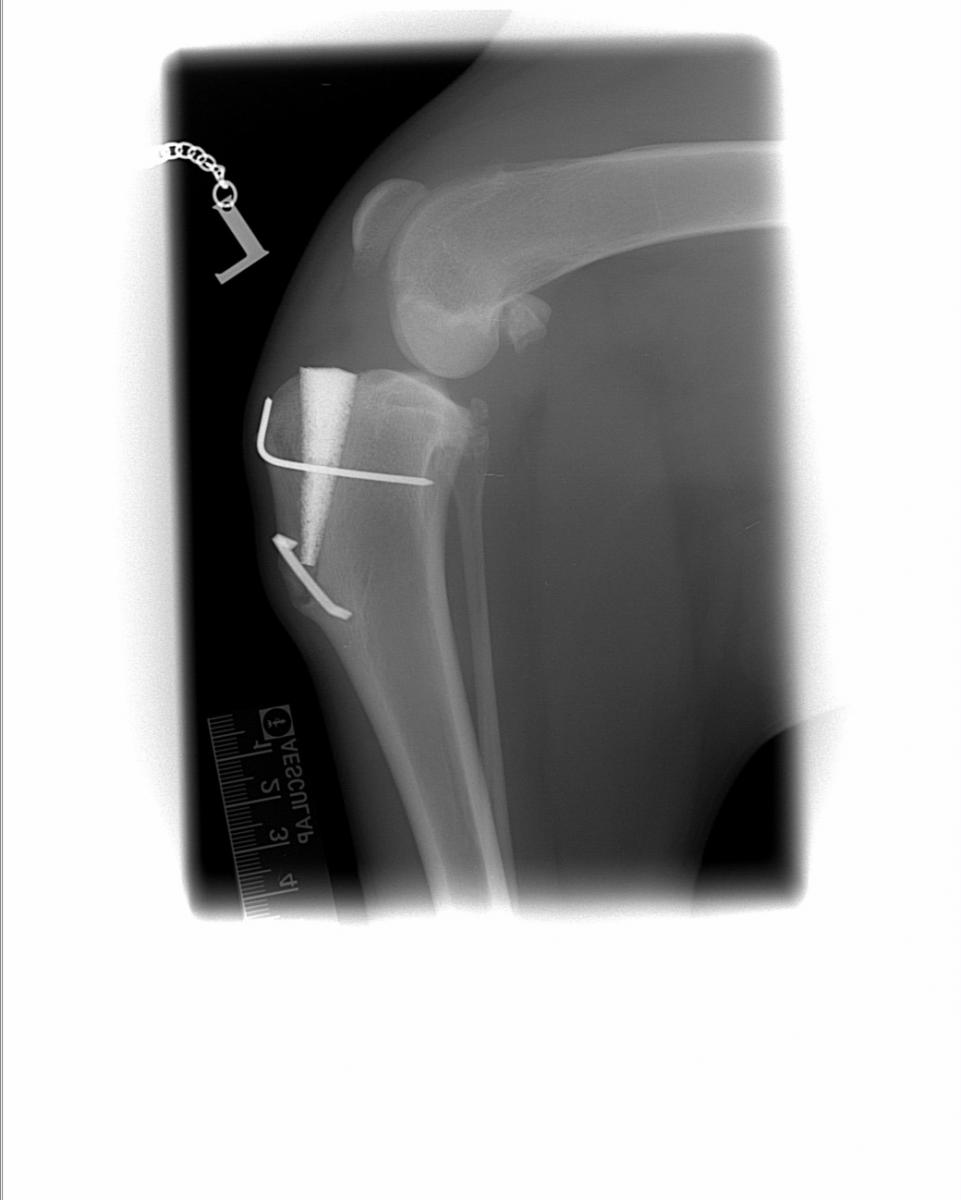 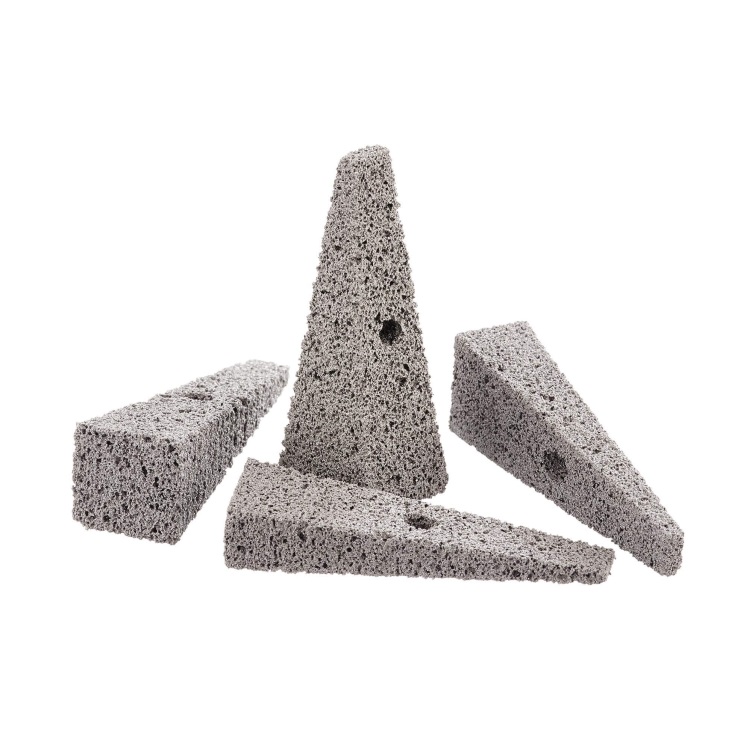 Cartilage injury, as in people, can be a significant cause of pain and lameness. The damaged section needs to be removed (known as a partial menisectomy). This is usually done at the same time as one of the above surgeries, although it can be done as a standalone procedure in certain circumstances. If cartilage is not damaged, a procedure called a meniscal release is usually performed to try and prevent future cartilage injuries.